When you think you need Daisy Disk or Grand Perspective to clean up your disk, you might be surprised Apple has built a pretty good storage management app into the operating system: 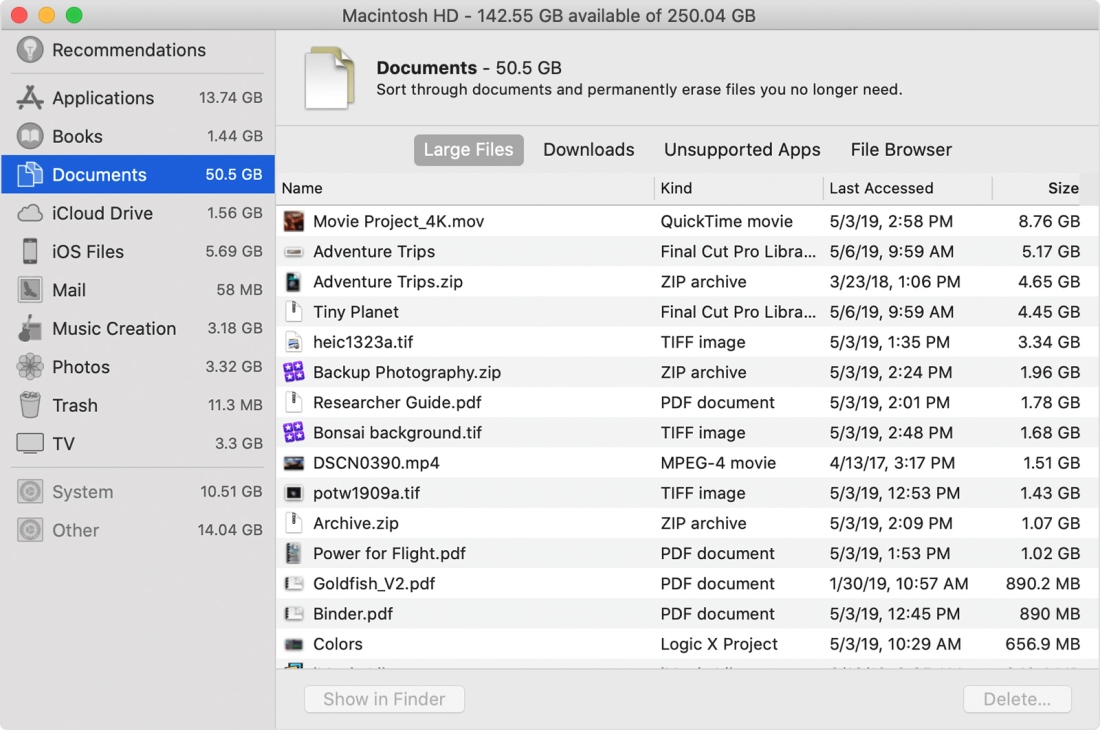 (This is also shown in Apple’s support article on freeing up storage space on your Mac.)

If this isn’t enough for you, or you prefer the command line, you can also run brew install ncdu.  (after installing Homebrew)  This installs the venerable (and still useful) Ncurses Disk Usage utility.

It’s difficult to compare prices between doctors.  Insurance providers have estimator tools, but the prices they give are often for slightly different procedures than the one you’re looking for.  Even if they do have your exact procedure/test listed, the price ranges they list are usually outdated and nowhere near accurate.

One of my colleagues at work had a method he used to get more accurate price estimates.  I’ve slightly modified it to fit my needs, and am listing it here in case it helps someone else:

This is a lot of work, but may save you hundreds or even thousands of dollars.

One last thing: Even if you think you might not be eligible, apply for financial aid anyway.  Especially if you have a family.  You might be surprised that you qualify.  And apply before you pay your bill.  It’s much tougher to get retroactive financial aid for a bill you previously struggled to pay.

I tried the iPad-only life for months.  Here’s what I found:  The iPad gets you about 90% of the way to a laptop.  It’s the last 10% of what you might need that is frustrating.  For example:

You may say now that you don’t need to do these things, that these are all edge cases, but you will run into your own edge cases where the iPad falls down and get frustrated. Maybe in a few years, the software will be better.  But I suspect the Mac will be best for most use cases for many years to come.

Here’s what I learned from Craig:

Beyond these points, he also mentioned:

I loved listening to what Craig had to say and will use many of these tips going forward.

I was curious how long it would take and how much it would cost to charge/fuel the Kia Niro vs. the Tesla Model 3 on a road trip.  I plugged the cars into A Better Route Planner and GasBuddy’s trip tools, and came up with the following chart:

$554 to charge the Kia Niro EV?  Yes:  Electrify America’s charging network, though widespread, costs around 4x as much to charge as the Tesla supercharger!  Surprised?  The reason is because Electrify America is trying to make a profit, whereas Tesla mainly uses its Supercharger network as a selling point for its cars.

The Kia Niro hybrid looks like the winner in both cost and fuel time.  But the number of stops for the hybrid is misleading.  Yes, you could get by with only 6 fuel stops, but realistically, you’re probably going to be stopping at least 10-15 times for food, restroom  breaks, hotels, scenic viewpoints, etc.

Overall, I’d take the Tesla for the ease of charging and more refined experience overall.  But I might miss the ventilated seats and CarPlay on the Niro. (Another point in the Niro’s favor: it’s relatively anonymous, vs. the Tesla which has proven attractive to thieves wanting to break windows and steal stuff. It can take 4-6 weeks to order new windows from Tesla. Versus the Niro, I’d pay an extra $400/year in insurance costs on the Tesla too.)

Almost all consumer-level electric vehicles that aren’t Teslas have flaws that aren’t apparent in a 20 minute test drive.  Below are a few that I’ve discovered:

BMW i3: Although this car is an incredible value on the used car market ($11-14K for a 2016 model), the adaptive cruise control isn’t great.  It uses a camera-based system.  (instead of radar + cameras)  When the car in front of you stops quickly, the i3 won’t come to a complete stop on its own.  Instead, it just beeps at you. The BMW app also takes much longer than the Tesla app to unlock the car.

Kia Niro Electric: No programmable seats. Also, from Consumer Reports: “The Lane Following Assist feature claims to track the vehicle ahead. With both it and Lane Keeping Assist turned on, the Niro struggles to stay in the center of a lane, but at least it stays within the lines on most straight roads. A ‘Driver Attention Warning’ warns the driver if there is too much swaying within the lane. This feature does not work well, and we predict most drivers will likely never use it.”

Hyundai Kona Electric: Instead of automatically opening the charge door like a Tesla does at Superchargers, you have to pry up the bug-spattered shield manually.  Then you have to remove two plastic covers.  Finally, you can stick the charger in.  Four steps instead of one.

Nissan Leaf: No active liquid cooling for the battery pack, so the battery degrades faster, especially when DC fast charging. Also, one owner notes that “the Leaf’s battery heats up while driving such that once you reach a charger your charge is throttled down to sometimes half of the 50kW that Nissan advertises. Time to charge becomes ridiculously long. To make matters worse, the battery heats up even faster during charging session. Since there is no active cooling system one soon (in ~250 miles) ends up in turtle (safe) mode and all you can do is park it overnight to let it cool down.”

Audi e-Tron: Front trunk barely big enough to hold a bag of take-out.  To open it, you have to pop the hood, unlatch the hood, then open the frunk.  Too many steps.  And efficiency is low because it keeps 12% of the battery pack capacity in reserve.

And the big one: Every one of the non-Tesla cars above requires you to deal with the morass of different chargers out there.  Many of them are broken, have multiple steps, don’t display charger status on the car’s navigation screen, overcharge you, require monthly payment plans, and most of all, are just plain slow.  Finally, third-party chargers by Electrify America cost more – almost 5x as much as Tesla chargers – for slower speeds.

With Tesla, you plug in with one step and you’re charging.  It’s the same experience everywhere.

To be fair, even the latest Teslas have a few missing features: Rear cross-traffic alert, ventilated seats, and 360-degree parking view.  (Even the Kia has ventilated seats.)  It also displays the EPA remaining range, instead of the more accurate range in the trip planner. But Tesla’s Supercharger experience, where you just plug in and walk away, is second to none.

If you ever get the opportunity to visit Siena, Italy, check out the magnificent Siena Cathedral: 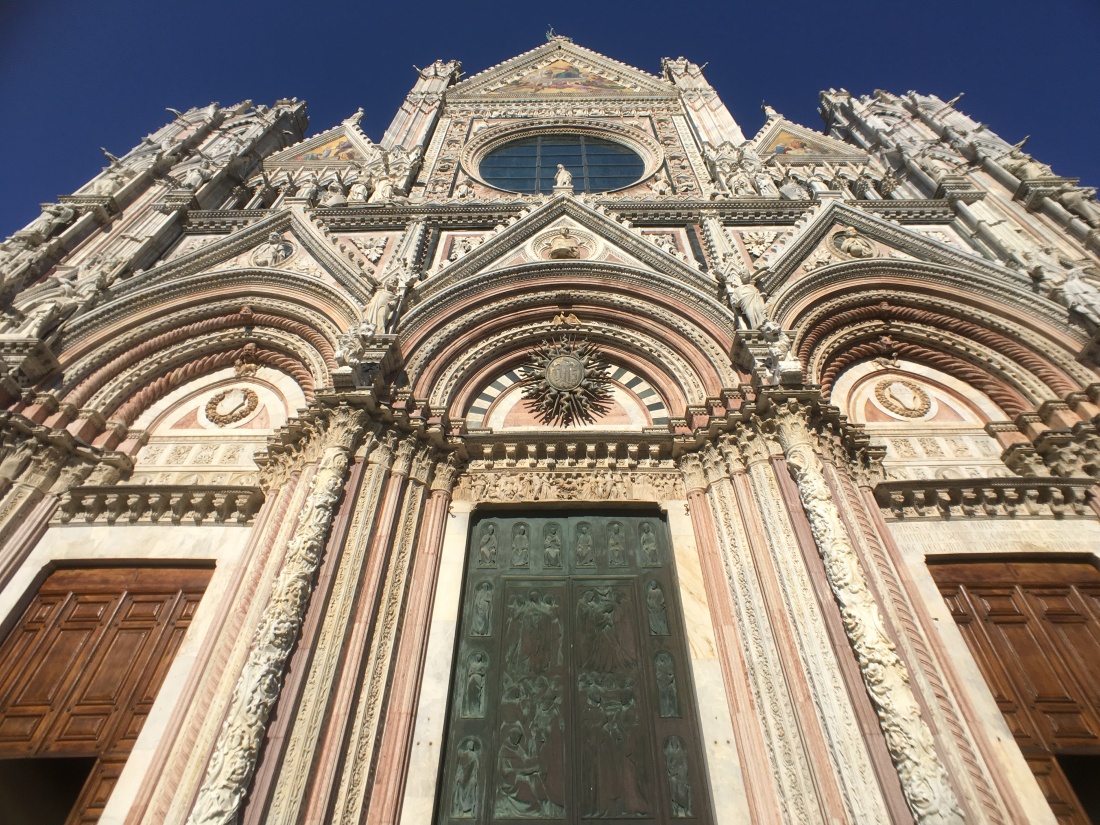 It’s a seriously impressive church built in medieval times.  Inside, you’ll find the chapel of Saint John the Baptist and numerous works of art, including some from Bernini and a  young Michelangelo.

Depending on whether you go during peak tourist season or not, admission is either free or around 8 euro.  Recommended!

My wife and I had a lot of fun taking the Schilthorn summit thrill walk in the mountains of Switzerland. Here we went over a narrow glass bridge hugging the side of the mountain:

It costs around $35 for the trip up. Well worth it for the spectacular views!

I was wondering, if I were to buy an Apple Watch today, which model would give me the best CPU performance bang for the buck?  Turns out, it’s the Series 4:

Personally, I’m waiting for the Series 6 in the fall, because I want the sleep tracking and blood oxygen detection features that are rumored to be coming.  But if I didn’t care about these things, and had to buy a watch now, I’d try and find a Series 4.

I needed a couple of mattresses for my kids and decided to try two different ones: The Graco Premium Foam Crib and Toddler Mattress in a Box, and the DaVinci Twilight Hypoallergenic Ultra Firm Crib Mattress. 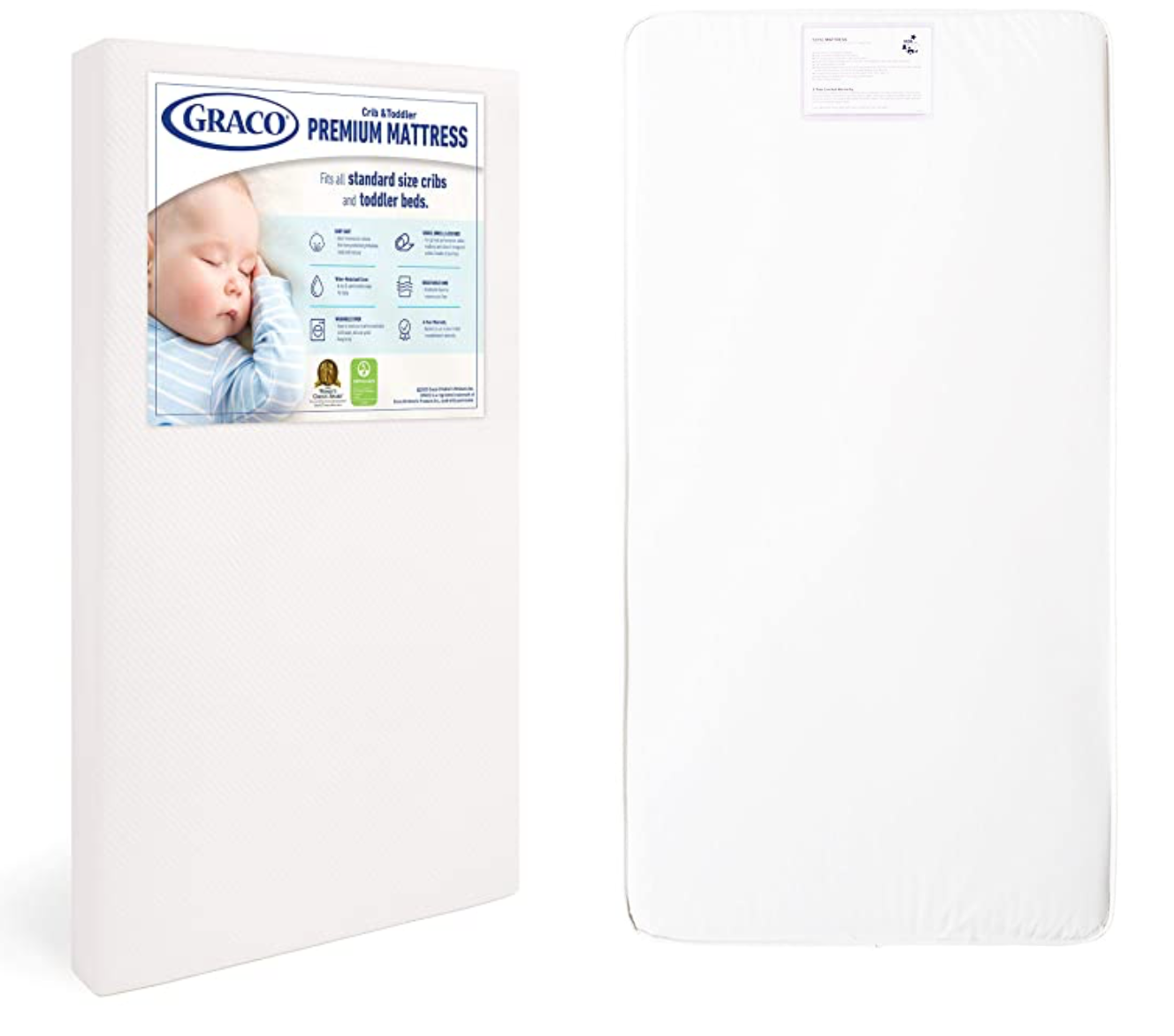 Neither of these mattresses had any chemical smells.

Overall, if we had to do it again, we’d pick the Graco – for both kids.  Our youngest sleeps really well on it (every night for a week now).  Our oldest tosses and turns on the DaVinci.  DaVinci makes a good crib but they don’t make a great mattress.

My name is Ulysses. I love Jesus. I work as a cloud technology lead in the northwestern United States. I write about a wide variety of topics.

17 As iron sharpens iron,
so a friend sharpens a friend.

If you like the content on this site, buying anything through this link or a few of the other links in my posts sends a small percentage my way.